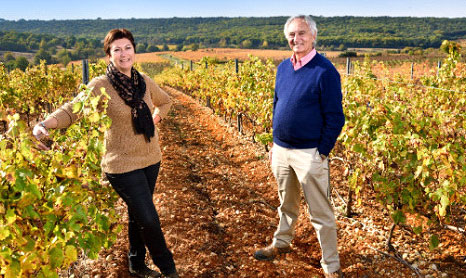 THE Domaine de Nizas on the road to excellence

The Domaine de Nizas in the Languedoc was purchased in 1998 by John Goelet, whose ambition is to select exceptional areas of land worldwide which are capable of producing great wines. Today, after fifteen years of investment, the vineyard has reached its full potential. Its success is expressed in three ranges of wines and a new vintage, Les Galets Dorés 2014, available from the 15th February at the opening of the Vinisud show in Montpellier (15th to 17th February, 2016).16).

What do Clos du Val in the Napa Valley, the Taltarni vineyards in Australia and Clover Hill in Tasmania have in common with this small 124-acre vineyard which lies between Caux, Nizas and Pézenas in Languedoc?   They were all chosen for the potential of their soils to produce quality wines. It was this ambition to create great wines on an international selection of diverse terrains, which in 1998 led the American John Goelet, who descends from a family of Bordeaux wine merchants, to choose Languedoc alongside his other prestigious locations.  So what made Domaine de Nizas stand out? It is located between three towns and lies on a mosaic of different soil types on the heights of the plateau, where three geological identities of limestone clay, basalt and Villafranchian (a blend of river pebbles and red clay) soils meet. All bordered by two strips of basalt.  Due to this wealth of soil types, the vineyard could be planted with several grape varieties, each one picked to match the soil in its location. The man chosen to select the range of quality vines which would forge the vineyard's future, was the agronomist and winemaker, Bernard Portet. In his drive for excellence, two-thirds of the vineyard were up-rooted, reducing the cultivated area from 119 to 40 acres and creating the space to replant an alluring palette of vines: Mourvèdre, Syrah, Grenache, Cabernet- Sauvignon, Petit Verdot, Sauvignon Blanc, Viognier and others. 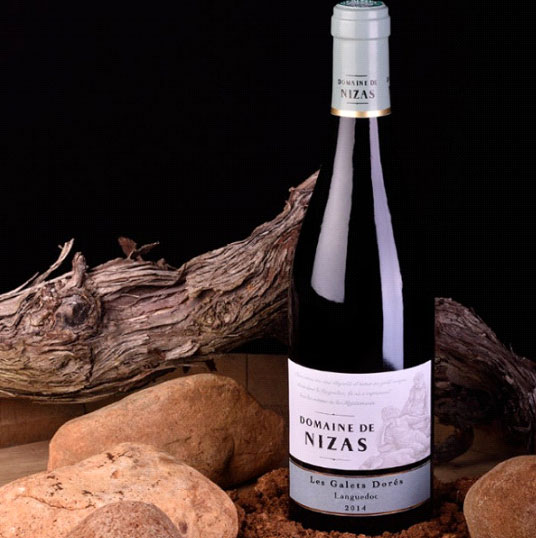 The Domaine was energised by the arrival in 2011 of winemaker Nathalie Arnaud-Bernard, the vineyard's technical director who is in charge of the 99 acres now in production. Under her management, the extensive restructuring, ploughing, grass planting to promote soil biodiversity, manual grape sorting etc. has produced the desired results. The vineyard, which has been farmed sustainably since 2005, now boasts an elegant wine collection, at the heart of which is the Mosaïque range (AOP Coteaux du Languedoc), blended from three grape varieties grown in three terroirs to produce the three colours of wine. Expression (AOP Languedoc-Pézenas), is the Domaine's flagship range, elaborated from selected plots to achieve complex fine wines, and at entry level is the Mazet range (Pays d'Oc IGP).
To complete the range, the vineyard has produced one last Mosaïque wine, the red Galets Dorés 2014.  "The wines in this range smell like the garrigue. Their scents of flowers, fennel and coriander express the headiness of the Mediterranean, as if the environment was exhaling", explains Nathalie Arnaud-Bernard.   This rich, round and fruity Coteau du Languedoc red, blended from Grenache and Carignan grapes, is being launched at the Vinisud show.