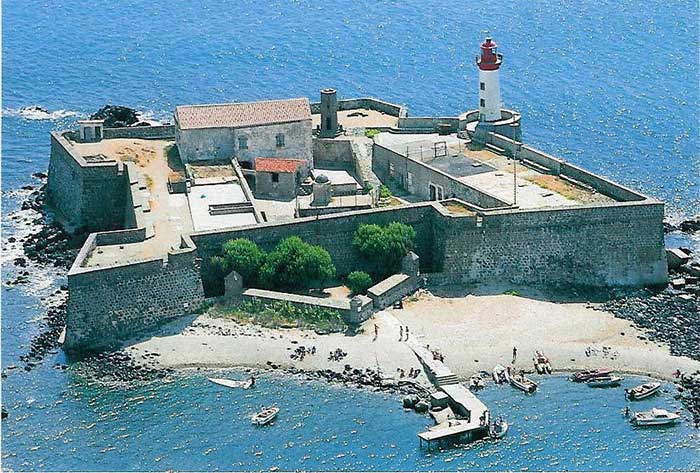 As part of their university degree course, a group of second year students from Beziers IUT University have chosen to focus their tutored project on the restoration and redevelopment of Fort Brescou in Agde, in partnership with the Fondation du Patrimoine. The students; Morgane Clerc, Pauline Martinolle, Renaud Costa and Jean Genicot, are interested in heritage and its impact on the growth of tourism. Their project has a three-step plan of action, aided by Sandrine Grenier, projects manager , Mme Heloury, university project tutor, Christine Antoine, deputy mayor of Agde and heritage secretary, and Laurence Reslinger, Head of the Brescou project. Over the year the students will implement 3 actions. The first is to inform and raise awareness about the donations scheme l 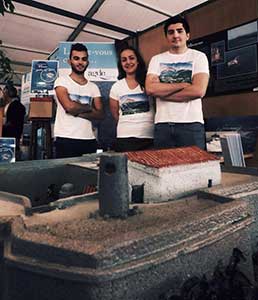 aunched by the city of Agde, the Fondation du Patrimoine, and The Friends of Fort Brescou.

The second will involve interventions in colleges and lycees around the Bassin de Thau, assisted by the historian Arnaud Sangui. The third action consists of organising a painting and sculpture exhibition on the theme of the sea, the resort coast and Brescou. Artists have generously donated artworks and these will be sold to raise funds for the foundation. The exhibition will take place in February 2017 in the Fresque room, Palais des Congrès, Cap d'Agde. Professional and amateur artists, passionate about history and heritage, could benefit from fiscal advantages by taking part in this programme which aims to pass on the rich heritage of Fort Brescou to future generations.