Franck felt called to become head chef at an early age. Maybe was it from the proximity with his grandmother who was the manager of a hotel school. He was then convinced of his choice and he passed  his BEP  and later his A level in cooking se 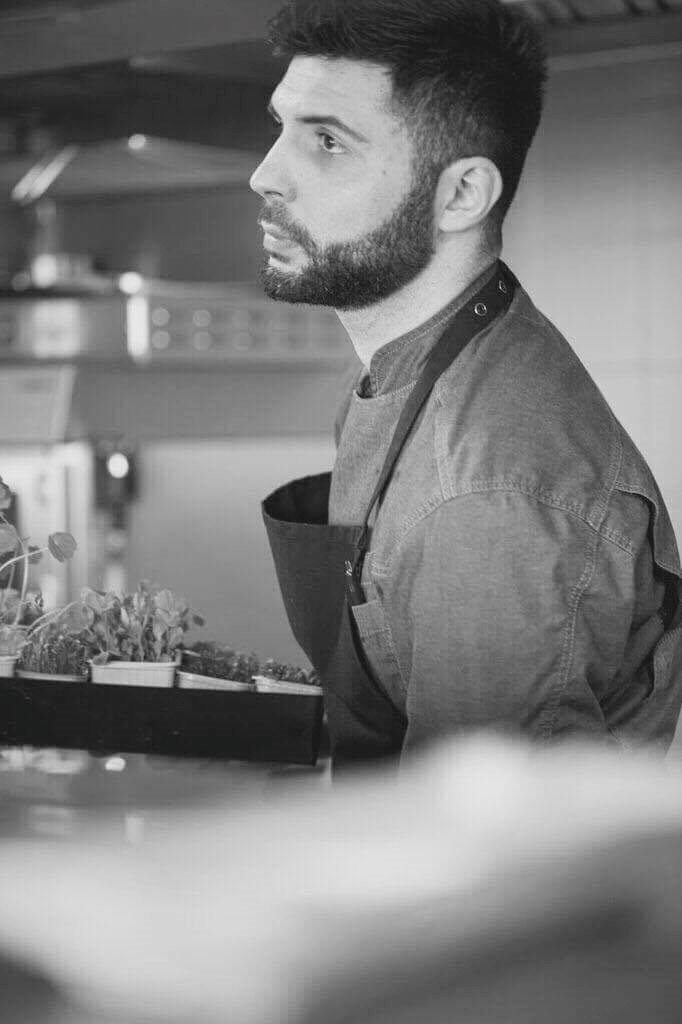 ction. When he discovered on TV the program « Chef Pierre Gagnaire » , it was  the click. Afterwards Franck improved at  « Le Chancelier » in Montpellier then at  « Le Palmier » in Pézenas where he quickly learned a lot from Fred Cordonnier (head chef for 10 years at  Patrick Guilbaud who got 2 stars in the Michelin guidebook) in a « Relais et Châteaux », the Ballyfin House.
In 2015 , Franck worked beside Dan Bessoudo, the head chef and owner of the « Dan B » restaurant who has got 1 star in the Red guidebook as a pastry chef. He nearly stayed two years managing with the Chef. Afterwards he worked as  second and pastry chef in several restaurants. Today he steps toward by opening his own restaurant « L’Orangerie » in the middle of Castelnau de Guers garrigue near to Pézenas in the heart of the 4 starred Camping « La Pinède ». He proposes us a refined and an inventive cuisine, pastries but also expositions and entertainments. Plates are filled up with hapiness…