Between the Mediterranean and Andorra 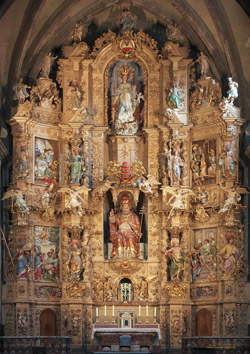 Prades is the capital of the Conflent area and lies at the foot of the Canigou massif - the sacred mountain of the Catalans, which is classified as a Grand Site of France.

Bathed in sunshine, Prades and Le Conflent offer enchanting landscapes where the snows of the Canigou blend with the colours of the blooming orchards.

The library has a large museum collection dedicated to the great men from Prades, including the famous musician Pablo Casals.

Two jewellers in town continue to craft the traditional Catalan garnet stones, and the artists can be visited their workshops.

Visits nearby include many architectural masterpieces - Romanesque abbeys, the Vauban fortifications, which are Unesco World Heritage Sites, and 4 of the most beautiful villages in France.